As far as I am aware a Nominal Roll of those personnel who served with the 25th Battalion Royal Fusiliers (Frontiersmen) during it’s three year existance has never been produced.  If one has then it would appear not to have survived in the public domain.

I make no claims that the roll is complete and it’s still, very much, a work in progress.  As such I would, of course, be happy to receive any information on men known or believed to have served with the Battalion.

Those men shown in italics and marked with a x enlisted into the 25th Battalion Royal Fusiliers but were discharged as “not likely to make an efficient soldier” prior to the battalion proceeding overseas. 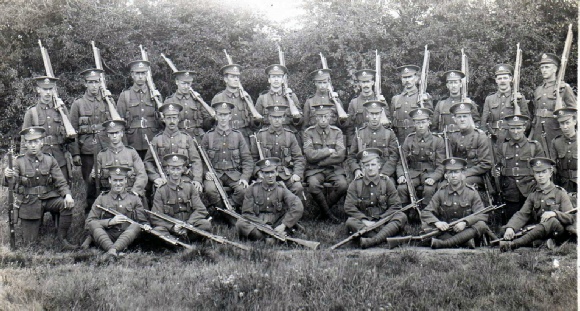