Field Service Regulations (Section 140 of Part II) of 1914 contained instructions that war diaries were to be maintained detailing a unit’s movements and activities whilst on active service overseas.

Written on Army Form C.2118, the war diary of the 25th Battalion Royal Fusiliers began in May 1915 upon their arrival in theatre and continued until the end of September 1917.

The battalion war diary is available at the National Archives, Kew under the following references:

A war diary was also maintained by the Mounted Infantry Company, formed from personnel of the 25th Royal Fusiliers and 2nd Loyal North Lancashire Regiment, throughout it’s existance and is also available at the National Archives, Kew under reference: 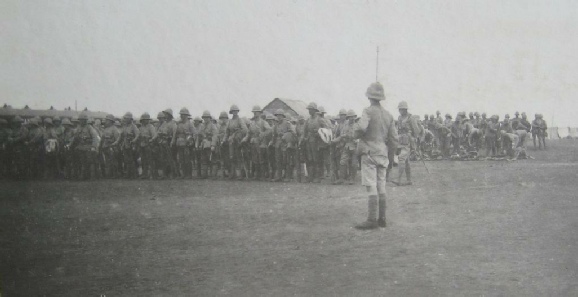 For transcripts of each diary please follow the links below.